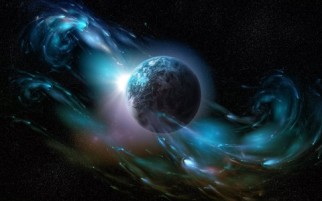 Nothing wrong, just a moment suspended in time.

Want to try an experiment? Go get a rock, a little rock, a small stone or large pebble and hold it gently in the palm of your hand. Let it just rest there, calmly and comfortably.

Have you ever wished that you lived in the Gospels? That you lived when Jesus walked the dusty roads of Israel, that you shared His space, breathed His air, heard His voice? Ever wished you were there then? To be one with Him that way would be quite something, no? That oneness, that sense of sharing… how close would you have needed to be to feel it?

Well, this stone in your hand… IT existed then.

I held a roundish, grayish, river stone. This stone witnessed the change of the universe, the rebirth, as Jesus laid down His life on the Cross. The stone didn’t have to “be” there, it simply had to “be”, and it was. God seemed to “replay” this little stone before me… it came from a stream, a river… it was shaped by water… ever… so… slowly. Water rubbed on it, molecule by molecule. Water tumbled it against other rocks and wore it away, molecule by molecule.

Everything… always… rearranging themselves over and over… but ever present, never destroyed, just rearranged. New relationships of the ever present. The water was here, too… at the Crucifixion, at the Incarnation, at the Exodus, at the Covenant of Abraham, at the Flood, at the Murder of Abel… at the Garden. (Man Science calls this “Principle of Conservation of Matter and Energy”. God just seems to call it “I AM”.)

This stone, this water drop, witnessed all of that… were ever present, in some way or another, through all of that.

Then, God showed me… “Me”. Rearranged matter, rearranged molecules, carbon, water, minerals, lipids… protons, neutrons, electrons, bits bombarded by alpha rays, beta rays, gamma rays, cosmic rays… banged into by neutrinos… yet, yet. I have been always “here”, always “present”, always in “relationship with everything else”.

Why? Because, we were all “born” at the same moment, and we all “came” from the same place. Conscious as myself yet or not? Irrelevant. I was “born”… my protons, neutrons, electrons, energy… I was “born” when God spoke forth Creation and Matter. My “body” came into being, as its substance, in the moment of Creation… with that water drop, with this pebble. With you… with you other… and with you other. With Shakespeare, with Poe, with Abraham, with Cain, with… Adam.

We all… Christian, Moslem, Jew, Hindu, Buddhist, Obeah… All… are born of the same Divine Womb… born of the Word of God… uttered into Creation in the moment of His utterance.

Our “self-ness”? Our identity? Our “life as we know it”? Our consciousness is born of His consciousness. Our thoughts, our self, by and through the creative force, the praxis, the genesis, innate and inherent in HIS being, HIS assertive love pushing forth “life” and “personhood” from His Person into the Creation as our own.

We are… ALL… FROM Him as source, and “upheld by the power of His word”.

I just had the most amazing awareness of the “irrelevance of time” itself.

That you, I, everyone, rocks, trees, water, all the stars of the heavens, all the microbes of the streams… ALL are one, born of the same womb, brought into physical existence at the Utterance of His Word “in the Beginning”.

And that our AWARENESS of our being… our beingS… is equally in and from Him… source and destination… Him. 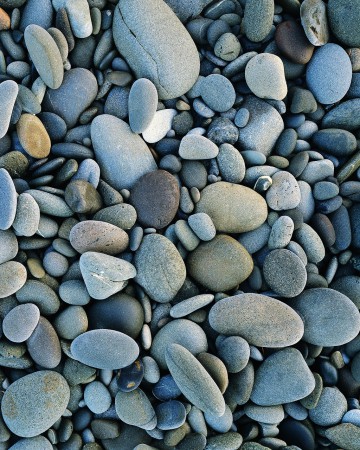 We are One. We have ever been One. We will ultimately again be One.

One tradition of worship includes the words…

“Through Him, with Him, in Him… in the unity of the Holy Spirit… One God, Forever and ever. Amen”

Look at your pebble…

What do YOU see?

Posted by Little Monk on May 23, 2015 in Quiet Time, Sermon Seeds, Uncategorized